Posted at 12:34h in Future Forum by leman

The “Turkey Europe Future Forum” (TEFF) convened young leaders from all sectors for European-Turkish dialogue in the Turkish city of Izmir and on the Greek island Chios – from 2 to 9 July 2017.

Under the theme of “Reflecting Change”, Turkey – Europe Future Forum welcomed 32 representatives from 12 European countries, to discuss the challenges to and opportunities for European-Turkish relations. Forum participants had a unique chance to debate with prominent representatives of Turkish diplomacy, academia and the delegation of the European Union in the wake of the European Union’s new foreign policy and the profound developments in Turkey. Highlights of the program included the site visit to TARKEM, Ephesus visit and meetings with representatives of economic actors, TÜSİAD, Türkonfed, Kagider, EGİAD, BASIFED.

While many European and German institutions are reconsidering their involvement in Turkey, with the TEFF, Stiftung Mercator and TUSIAD are signalling their conviction that the opposite is necessary: “Now, more than ever, we need to facilitate exchange between the young leaders and political forces of tomorrow. Stable relations between Europe, especially Germany, and Turkey are needed to create a united Europe that is capable of acting,” explains Michael Schwarz, the foundation’s Executive Director.

TÜSİAD CEO Bahadır Kaleağası reiterated TÜSİAD’s gratitude to Mercator Stiftung in this collaboration and underlined “in three years, Turkey Europe Future Forum succeeded to become a generator of constructive ideas regarding issues pertinent not only to Germany – Turkey bilateral relations but to Turkey – EU relations and to greatly contribute to European – Turkish civil society dialogue.”

Forum patron Federica Mogherini, EU High Representative for Foreign Affairs and Security Policy, supports the Future Forum. “We need strong partners in order to meet Europe’s future challenges: The Turkey Europe Future Forum represents a significant step towards greater cooperation and collaboration. I believe it is especially important to support its young participants.” TEFF Patron Mogherini heads a group of distinguished supporters that includes the Forum deans Ümit Boyner, TÜSAID’s former president and one of Turkey’s most successful businesswomen, and Ruprecht Polenz, longstanding member of the German Parliament and former chair of its Foreign Affairs Committee.

The Turkey Europe Future Forum was founded by Stiftung Mercator in 2015 to create mutual understanding between young European leaders of all sectors and their Turkish counterparts. 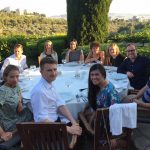 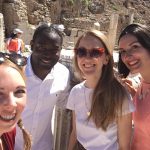 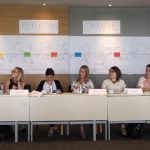